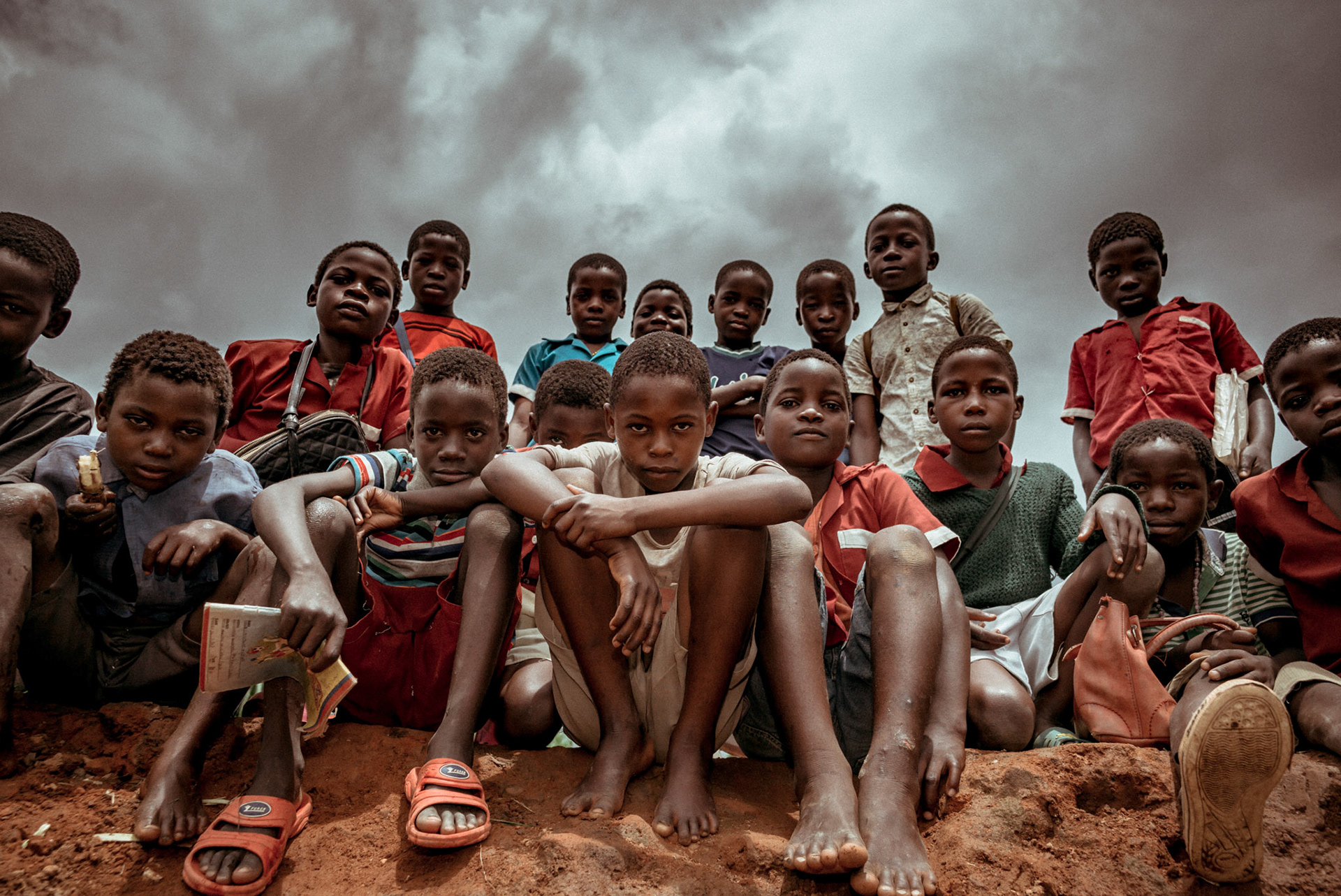 It was in a village in Malawi where Bert Meyer met a group of boys ready to be photographed by him. The children were sitting patiently on a riverbank at which the long-lasting rain had caused a wooden bridge to break down. Bert Meyer’s initial motivation to come there was to log the damage done. This is when this picture was taken.

Bert Meyer: “The children in this area enjoy an unburdened childhood. After school, the boys often play football on dusty squares, amidst clay huts in the setting sun. In the afternoon, the whole village appears very idyllic, inviting everyone to sit with the grown-ups, watch the children play and leave all cares behind."

Malawi is one of the poorest countries in the world. Abuse of power on a government level as well as within the administrative authorities casts a damp on the country thus leading to the rich become richer and the poor become poorer. Only a president as strong and altruistic as one can be could change something.

Bert Meyer: “Today more than ever, it is of utmost importance to live in a selfless way, to delve into other people’s way of living, to really face them, and to notice them as human beings. Children and youngsters, no matter where, need to get our full attention.”
© Bert Meyer
↑Back to Top